This Roundtable was co-hosted by CPLO and the Hanns Seidel Foundation, in collaboration with Corruption Watch (CW) and the Institute for Security Studies (ISS).

There were four speakers. Mr David Lewis, the Executive Director of Corruption Watch, introduced the topic, and explained that South Africa has been suffering from poor quality leadership at the head of the police force for many years. This has contributed to the weakness of the criminal justice system and consequently to the prevalence of serious crime. It was therefore a matter of urgency to ensure that the next Commissioner was the best possible person for the job; public and parliamentary input into the selection process – instead of just allowing the person to be chosen by the President – was of crucial importance.

Mr Gareth Newham (ISS) presented research that showed how SAPS has become less effective in fighting crime over the last five years, despite receiving a much greater budget allocation and an increase in resources. Mr Newham stressed that the question of leadership was extremely important in the police, as the attitude and behaviour of the people at the top set the example for the rest of the service. Mr Newham also noted that in both the National Development Plan and the White Paper on Police – two policy documents that had been approved by Cabinet – a more participatory process for selecting the police commissioner was set out. However, there was as yet no indication that the President intended to follow this process.

Ms Kavisha Pillay (CW), introduced a public awareness campaign that will be launched in a few weeks’ time to bring this issue to wider attention. A survey will be circulated, inviting members of the public to submit their ideas about what the kind of person they would like to see as Commissioner. The campaign will also engage with the Portfolio Committee on Police and encourage the committee to take a more active role in the process.

The last speaker was Judge Kate O’Regan, former Constitutional Court justice, who spoke from her experience of having headed a commission of enquiry into policing in the Western Cape. She noted that the police service has a very strong organisational culture and deep internal loyalties. Most police officers have had no other job in their lives, and the service is all that they know. An open and transparent appointment process might, therefore, not be very popular; however, the attitude of the police should not outweigh the importance of openness and transparency. 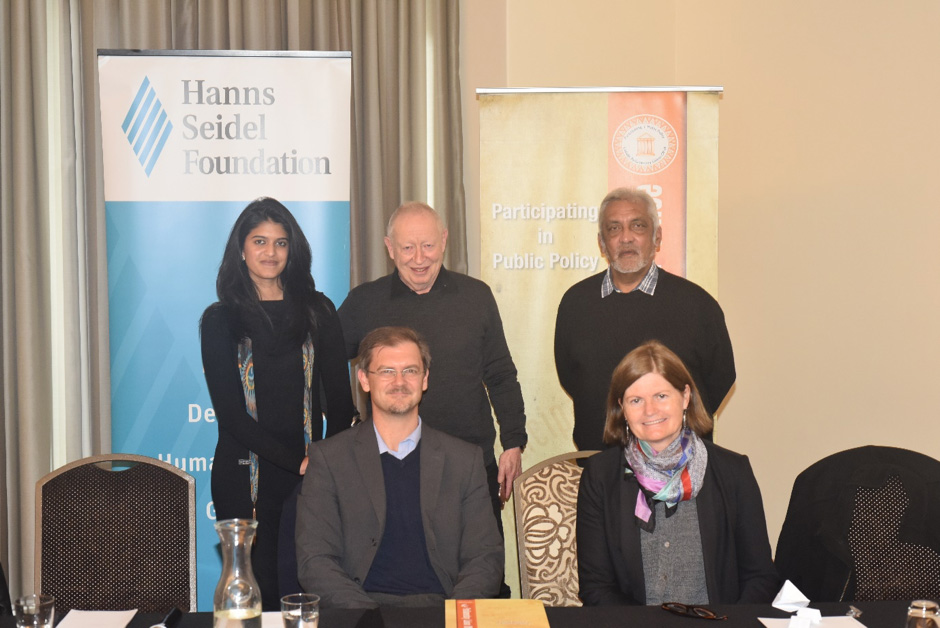