On Friday, 29 May 2015 the CPLO, in collaboration with the Hanns Seidel Foundation, hosted Geordin Hill-Lewis, the DA’s shadow minister for trade and industry, who stepped in when the chief whip of the DA, John Steenhuisen, could not get a flight back to Cape Town in time for the lunch. While Mr Hill-Lewis is the DA’s youngest MP, his ability to speak to matters related to his portfolio and to the DA’s strategies going forward speaks to the wealth of experience he has been able to accumulate in a short space of time.

The MP lunch saw the attendance of the Japanese, German and French consuls general, along with representatives from KPMG, the Goedgedacht Forum and the South African Institute of International Affairs. Mr Hill-Lewis began his discussion by acknowledging the work of the CPLO in its efforts to influence policy in Parliament. The discussion allowed for an array of questions to be asked with reference to Mr Hill-Lewis’ portfolio specifically, but also to highlight important issues for the DA more generally. Many guests were interested in understanding the future strategy of the DA, especially with the newly elected leader, Mmusi Maimane. The interactions with guests showed that the interest in the leading opposition party going forward is to understand its plans and strategies, especially with the upcoming municipal elections in mind. 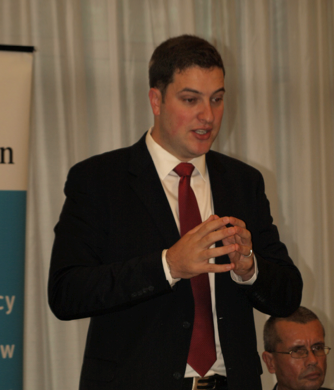