The 2019 national elections may produce no outright winners, forcing parties to form a coalition government. The intention of this roundtable discussion was to look at the coalition municipal governments and assess how these are working and if they can be used as a gauge for 2019. Dr Ivor Sarakinsky (below left), Director of Wits School of Governance, and Mr Keith Gottschalk (below right), former head of the Political Studies Department at UWC, were the main speakers. Both speakers acknowledged that coalition governments are a future of European politics, and has been to a lesser extent part of South African politics. However, the point was made that coalition governance is difficult to manage, and often fraught with many challenges. Dr Sarakinsky argued that coalition politics in South Africa is often not based on principle but rather on the adage “the enemy of my enemy is my friend”. He further argues, coalition governments, such as the ones in South Africa, are not an expression on the will of the people, but rather an ‘after the fact’ arrangement between parties to attain power. This often leads to misalignment of what the people (electorate) want and what the coalition government is delivering.  Mr Gottschalk had similar arguments. He cited the examples of Israel and India where the coalition governments were a disaster.  In Israel, the PR electoral system means the ruling party enjoys the support of between only one-quarter to one-fifth of the voters. It depends for power on small extremist parties, whose demands to join the coalition government include support for colonization of the West Bank. In India, while the previous Prime Minister, Manmohan Singh, has impeccable moral integrity, he was unable to take action against outrageously corrupt coalition partners. The result was not happy. The Indian National Congress was voted out of power, and now has the smallest number of parliamentary constituencies ever in 70 years of independence. While both speakers agreed that coalition governments are difficult to manage, it is not impossible for it to work to some extent. In order for them to work, Dr Sarakinsky argued, the parties wanting to form a coalition would need the buy-in from the electorate to ‘legitimise’ the coalition. One of the ways to do this would be to go back to the voters by holding a referendum on whether they can form a coalition. 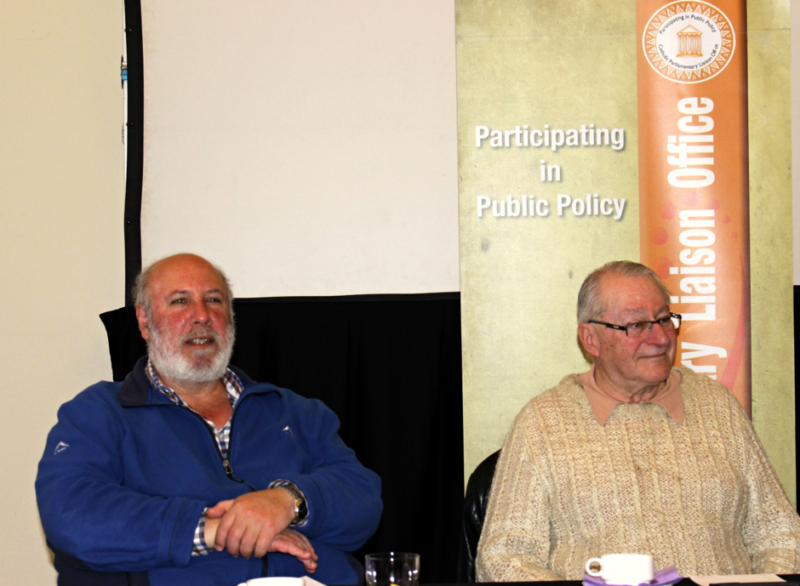