On 20th March 2015, the CPLO hosted a roundtable entitled “Land Reform in South Africa: What is going on?” Speaking at the meeting were: Judge Yasmin Shenaz Meer, acting Chief Justice of the Land Claims Court; Professor Ruth Hall from the Programme for Land and Agrarian Studies (PLAAS) at the University of the Western Cape; and Mr Lengane Bogatsu, Chief Director: Land Restitution Support (North West). Prof Hall started the discussion by pointing out several significant developments in the question of land reform over time. One of the points she raised was that it seems that there is a fundamental shift in government’s emphasis in the land reform programme, from restitution and redistribution for the landless and deprived, to focusing on fewer and larger commercial players in the land sector. Mr Bogatsu noted that the question of development had become a major part of land reform. Judge Meer, steering clear of policy issues, focused more on the nature of the Land Claims Court and some of its challenges and approaches to issues, emphasising the idea that actors in the land space should not be afraid to approach the courts when they have problems with some of the issues they are dealing with.

There was a high level of engagement, and guests interacted very well with the speakers. The roundtable attracted a good calibre of guests and all seemed satisfied with the discussion. Unfortunately, the Department of Rural Development and Land Reform itself was hosting an indaba in Gauteng on the very same day, and thus some of the MPs who had expressed interest in attending our roundtable had to go to Tshwane instead. It seems that this year the question of land and land reform is going to become even more important and topical than it has been up to now. 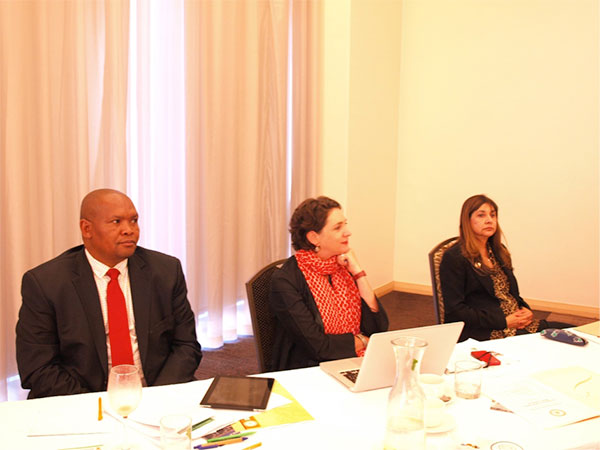