A roundtable was held on the question of Land, in particular, alternative forms of land ownership. Speakers included: Mr Tom Boyce, a researcher at the Trust for Community Outreach and Education, Rev Nelis Janse van Rensburg, the Moderator of the General Synod of the Dutch Reformed Church and Mr Jacques Pheiffer, the Director of Land Reform in the Department of Rural Development and Land Reform. The attendance at the roundtable was very good, with over 50 people attending and engaging the issue at a deep level. What became clear was that there was no shortage of ideas about different ways of dealing with land ownership, but it also became very clear that each solution had its own challenges and carried with it certain historical burdens. For instance, the idea of share equity schemes sound like a very good way of including farm workers and others into rural ownership of farming land, until one finds that the reality means ownership does not radically change but the other share partners are silent partners often with very little say about how the farm is actually run and how much of the profits they are entitled to.

The continued contributions to our roundtable discussions by the Department of Rural Development and Land Reform (RDLR) is always appreciated, and is of great help since it has provided direct access by many people to the very people developing and implementing government policy, meaning everyone is better informed.

The attendance of the Dutch Reformed Church’s senior leadership has also opened up new avenues for greater collaboration on land issues within the faith community, a very welcome development. 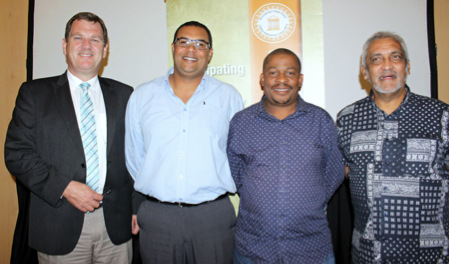