A large group of worshippers attended the Mass at St. Mary’s Cathedral, organised by the CPLO, to commemorate the 20th Anniversary of the passage of the Termination of Pregnancy Act on 1st December, 1997. Representatives from several pro-life groups attended as did Ms Cherrylynn Dudley MP from the ACDP. Fr Peter-John Pearson celebrated the Mass together with Fr Morare SJ and Fr Makore. The Mass was attended by a number of women from the Mater Domini Home, a home that cares for women in crisis pregnancies. 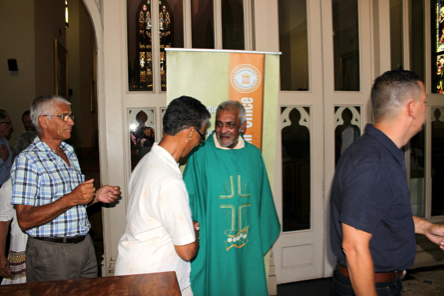