This Roundtable Discussion was co-hosted by CPLO and HSF, in collaboration with the Pietermaritzburg Agency for Community Social Action (PACSA). There were two speakers, Ms Mary de Haas and Mr Lukhona Mnguni, both from the University of KwaZulu-Natal.

Ms de Haas, a violence monitor in KZN, introduced the topic by giving a historical perspective of political violence in the province since the 1980’s.  The political violence in KZN was part of the Apartheid State’s structural violence which originally started in the urban areas of KZN and spread to the rural areas during the 1990’s. Ms de Haas argued that one of the major contributing factors to the ongoing violence in KZN was the untransformed police service which still had many of the Apartheid era police deployed in KZN. In the late 1990’s violence was largely characterized by inter-party violence which was fuelled by the floor-crossing legislation. Violence between rival taxi associations often went hand-in-hand with the political because taxi bosses often associated themselves with particular political personalities.  Ms de Haas iterated that, while the scale of the violence of the 1980’s and 1990’s is no longer evident in KZN, political killings are still part of the violence in KZN. At the beginning of 2016, leading up to the local government elections, more than 40 people were killed.

Mr Mnguni argued that the current political killings of councilors in KZN and the Eastern Cape are symptoms of an intra-party scramble for resources. He said this was evident in the killing of councilors because party members believe that being a councilor would give them access to resources. Mr Mnguni further argued that because the African National Congress shuts down dissenting voices in its midst, and does not encourage whistleblowing, the causalities of political violence is often the whistleblowers. The African National Congress is at war with itself and this spills over to intra-party violence.

The discussion afterward included questions raised as to how the political violence can be stopped, what kind of political leadership is needed and what civil society can do to end violence. No definitive answers were forthcoming, however, the points were made that the law enforcement agencies must be rid of its corruptible members, political parties must choose better leaders, and the church must speak out more against political violence. 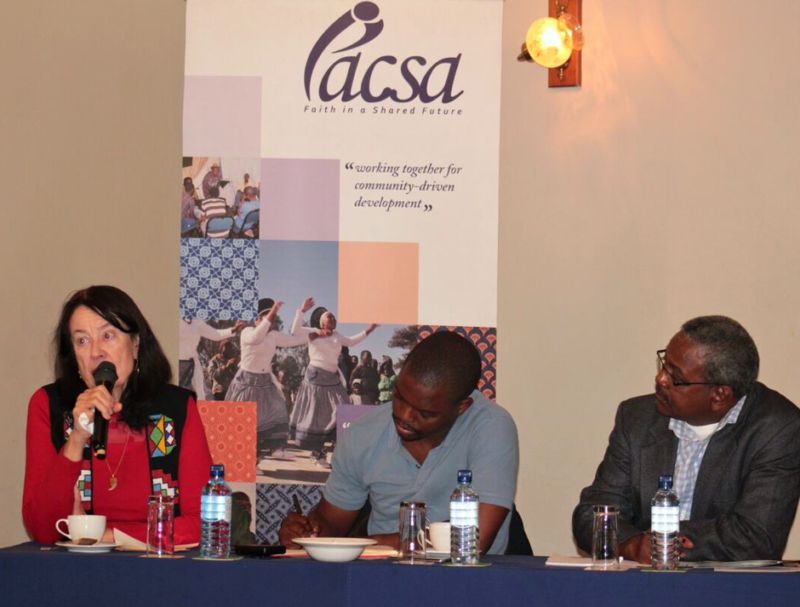