The CPLO hosted an event based on the recently released book, “The South African informal sector: Creating jobs, reducing poverty.” The book, edited by Professor Frederick Fourie, a fellow of the University of the Free State, (and the speaker at the event) is the end product of the REDI3x3 project, based at the SA Labour and Development Research Unit at UCT. The project brought together a multidisciplinary group of 20 researchers based at ten different universities, as well as NGOs and Statistics SA. All of them worked on different aspects of the informal sector, resulting in a 500 page volume. The research in the volume points to the fact that, while South Africa’s informal sector is relatively small compared to other countries, the sector is a significant contributor to employment. South Africa’s informal sector is diverse and comprises all industries, not just – as is commonly believed – waste-pickers and street traders. In 2018 the informal sector provides livelihoods, work and income to 2.9 million workers and enterprise owners. Almost half (48%) of those employed in the informal sector work in a multi-person enterprise. In 2013 these enterprises provided approximately 850 000 paid jobs, which was almost twice the direct employment in the formal mining sector. Failure in the sector can often be attributed to lack of suitable and secure premises in good locations; limited or no bookkeeping skills; lack of finance, insurance and credit; and being the target of both crime and harassment by local government.  Professor Fourie made it clear that the informal sector has huge potential to contribute to job creation and poverty alleviation, and therefore it should be assisted with a developmental policy approach in which enterprises are enabled to become self-standing institutions. 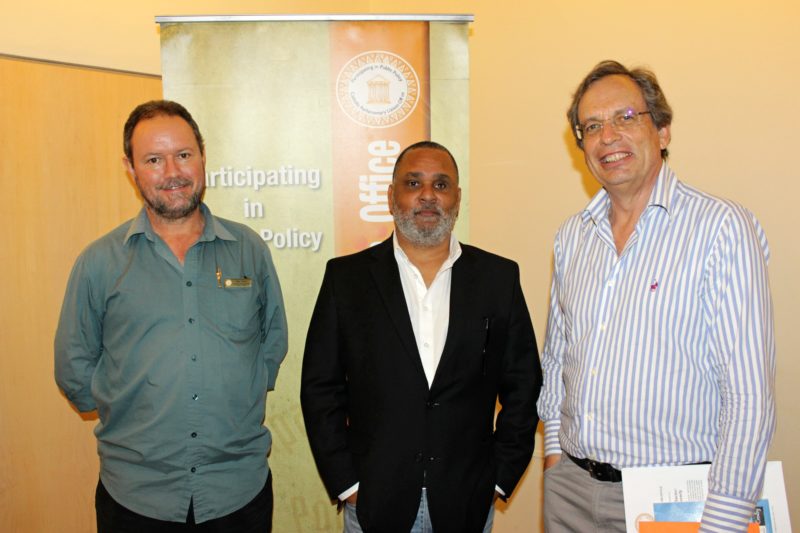