South Africa’s provinces came under the spotlight at a roundtable discussion hosted by CPLO and the Hanns Seidel Foundation (HSF) on May 20th. We know what national government is for, and what it does, and we understand that local – or municipal – government carries out various important tasks in our everyday lives. But what are the provinces for? What do provincial governments do?

Three speakers addressed the topic: Mr Themba Fosi, a deputy director-general in the Department of Co-operative Governance and Traditional Affairs; Mr Kevin Mileham MP, the DA shadow minister on provincial and local government; and Professor Erwin Schwella, of the School of Public Leadership at Stellenbosch University. Each of them approached the question from slightly different standpoints, but in the end they all agreed that the provinces have a potentially important role to play, not only in the delivery of social goods such as education, health, and welfare, but also in making sure that regional interests are kept at the forefront of national policy and legislation.

As to the question of whether we need fewer provinces, given that they absorb a lot of money and resources, or indeed whether we should expand the number, it was acknowledged that any change to the current set-up would require major constitutional amendments, which were unlikely to be embarked upon. Rather, energy should be spent on trying to make the existing system work more effectively than it was doing at present. 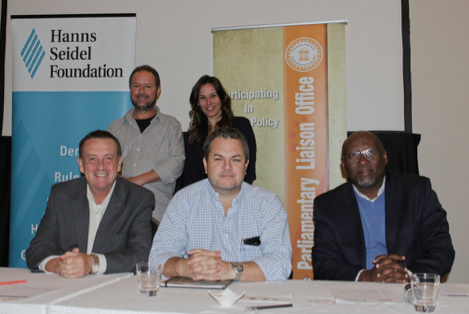